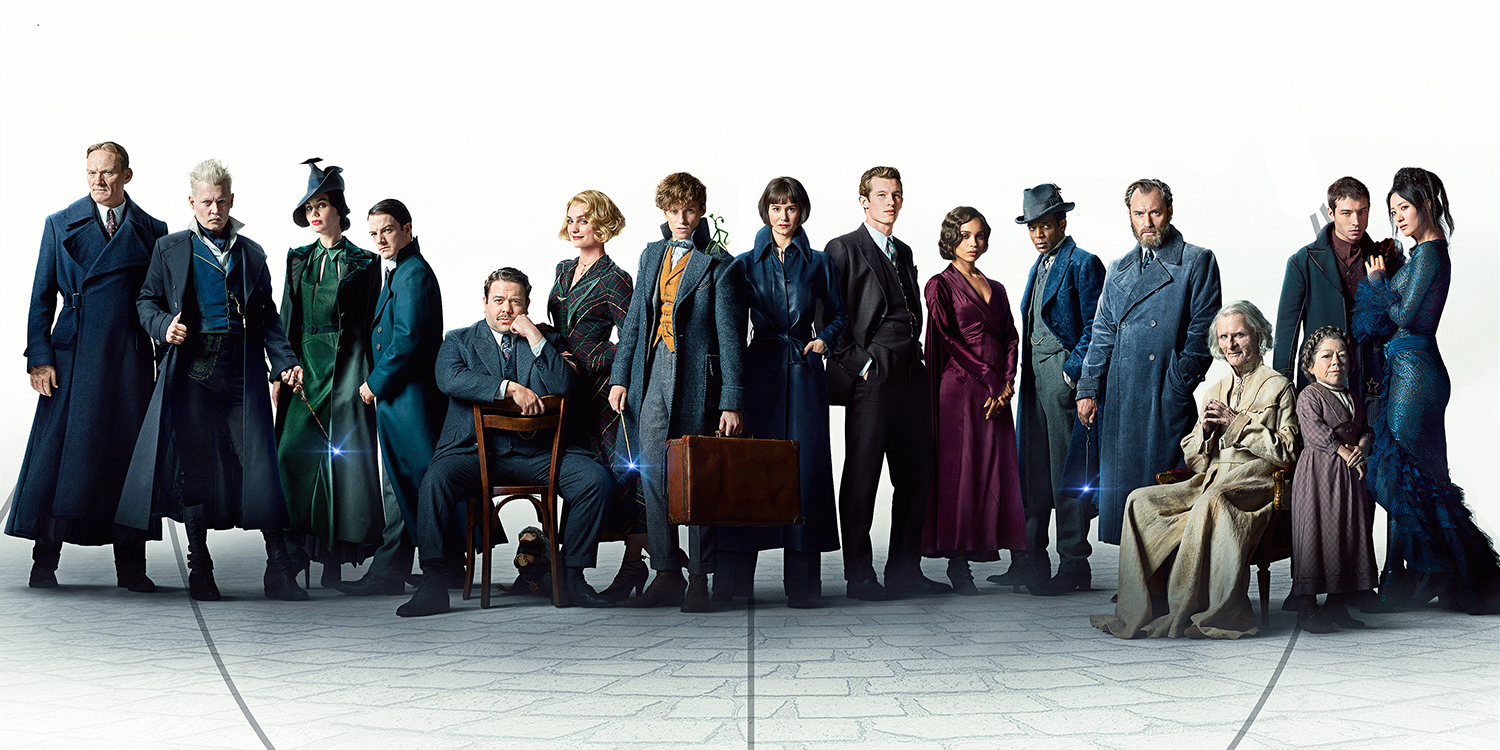 Wizards and Muggles alike have been patiently waiting (perhaps not so patiently) for the new Fantastic Beasts movie: The Crimes of Grindelwald to come out. Warner Bros have been so kind as to tease us with little bits over the year. The new posters already gave some clues as to what the characters are up to this time around. So, Dumbledore is under surveillance, Newt is wanted for questioning and Grindelwald is at large…

From the Comic Con trailer we saw Newt and Dumbledore at Hogwarts re-enacting Lupin’s class on boggarts, and J.K. Rowling has said in interviews that she loved going back to Hogwarts in these films, which will make Harry Potter fans extremely happy. The movie will take a deeper look into Dumbledore and Grindelwald’s relationship that was mostly glossed over in the Harry Potter books. The Mirror of Erised shows Dumbledore with Grindelwald by his side, foreshadowing their relationship in this trailer. Other things original Harry Potter fans will rave about are the little glimpses we get from the Elder wand, the hilarious scene with Nicholas Flamel and the fact that they can apparate on Hogwarts grounds (which as Hermione keeps telling us, is not possible)!

Another teaser Rowling mentioned at a fan event was that fans will “want to hear” a certain name at the end of the trailer. Many fans have tried to deduce who this could be. Tuesday we found out.

The trailer opens with Newt and Dumbledore talking about a safe house in Paris to have a very British cup of tea. Nothing new here. We knew they were going to go to Paris from the previous trailer. What is slightly new is that we get a better look of what seem to be Thestrals pulling a carriage, reminding us of the way the Beaubatons students arrived at Hogwarts in Harry Potter and the Goblet of Fire. Perhaps we will see more of the French school in Crimes. Incidentally, Nicholas Flamel, who lives in Paris and went to Beaubaton, will play a role in this movie. Could it be that the three European schools will be represented? With Grindelwald having come from Durmstrang, it’s not that far-fetched.

Next we see Credence calling out to Nagini (the name that Rowling warned us that we wanted to hear), who is of course previously known as Voldemort’s snake. Many people guessed this from the previous trailer, but Claudia Kim does indeed play a human Nagini. She is a Maledictus, an individual whose blood is cursed from birth, which will eventually make them turn into a beast. Throughout the trailer it seems that Nagini and Credence are pretty close. Which would make sense if they are both cursed people in Grindelwald’s following.

What I would like to know is the role that Cornell John as Arnold Guzman will play. He is the US Emissary to the International Confederation of Wizards, but what is he doing in this scene with Credence and Nagini in cages? Previously he has also been seen talking to Newt and Kowalski, so possibly he will play a bigger part in this movie.

This time around we see a bit more of Dumbledore standing in front of the Mirror of Erised. We also see Jamie Campbell Bower returning as young Grindelwald! Whether he has a bigger part in this movie as opposed to the Deathly Hallows Part 1, where he was only seen for a second, we don’t know yet. But it stands to reason that if they’re doing flashbacks to a younger Dumbledore teaching, and as these movies are also about the Obscurials (and Ariana was one), then we could also expect to see a younger Grindelwald.

Of course, it would not be a Fantastic Beasts movie if we didn’t see any new beasts. Nagini is one, but then we also have the cats and water dragon from the previous trailer. The creature above seems to appear from a kind of dust that Newt scatters around. The next one promises to play an interesting part in a fight scene where it will have a “hear me roar” moment.

Remember when Dumbledore gave Newt a card for a safe house in Paris? Perhaps it will be Nicholas Flamel’s house, but it could also be the place that Tina is staying at. She, according to the new posters is on assignment abroad, and she seems a bit surprised in the trailer to see Newt coming out of his suitcase.

One thing we might see is the developing relationship between them (as readers of the actual Fantastic Beasts and Where to Find Them book will know), though the producers do have to stretch it over three further movies.

The sequence, above, I found particularly interesting as it shows a number of people together that you wouldn’t expect. Newt and his older brother Theseus have an interesting relationship. Theseus, as the older brother, has always been regarded as the stronger one, the “War Hero”, and he is not particularly impressed with Newt’s magizoology career. Which is what makes the final scene in this trailer so satisfying as Newt ties his brother up. The other person I was surprised to see was Nagini! In the Harry Potter years, she is the evil snake that helps Voldemort, but here, while she stays with Credence for a while, she seems friendly with our heroes.

The next three movies will lead us up to 1945, the year Dumbledore defeated Grindelwald. This means that at some point we will cover Tom Riddle creating horcruxes and graduating from Hogwarts. The third movie is scheduled to come out November 20, 2020, with the last two each likely to follow a two-year gap. It’ll be interesting to see where they take this story, but for now I can’t wait for number two. I might just try to see if I can sneak into the premiere.

Fantastic Beasts: The Crimes of Grindelwald is set to hit cinemas on November 16.